Free rent? No broker’s fee? Not so fast. 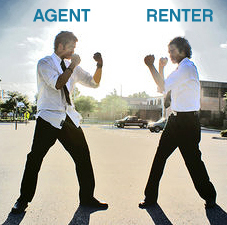 Concessions lead to flare-ups between agents and renters

From the New York Web site: One might think that months of free rent and scarce broker’s fees — hallmarks of the current marketplace — would ease the notoriously fraught relationship between renters and real estate agents.

On the contrary, the ever-changing array of incentives is leading to confusion for renters and fueling flare-ups with brokers, experts say.

“It can be very confusing for clients, because landlords will change these offerings on a moment’s notice,” said Bruno Ricciotti, a principal at Bond New York Real Estate.

When an incentive changes unexpectedly, renters often think they are being scammed.

“Unfortunately, clients always think that brokers are deceptive,” said Marc Lewis, the president of Century 21 New York Metro, who has recently seen several disputes between clients and agents arising from misunderstandings about incentives.

Apartment-hunter Bela Morris found herself in such an argument this fall.

Morris (who has worked as a freelance designer for The Real Deal) loved the one-bedroom apartment she found in Astoria.

But when it came time to sign the lease, she found herself in the midst of a screaming fight with the broker marketing the apartment. Morris had seen the apartment listed on Craigslist as “no-fee,” but the broker said that deal was only available for another apartment in the building. Moreover, Morris said she was upset because the landlord was offering a free month of rent, but the agent said Morris needed to pay for that month and then the agent would take her broker’s fee from that.

“If you listed it as a no-fee apartment, then you shouldn’t be taking my free month,” Morris told the agent angrily.

It’s not uncommon for a landlord to offer a different set of incentives for apartments in the same building, depending on the relative difficulty of renting them, Ricciotti said. Moreover, owners often change the deals they are offering at the drop of a hat.

“It’s a moving target,” Ricciotti said. “If a landlord has a bunch of apartments, they might increase the incentives; then, if they rent a number of the apartments over the weekend, that Monday they’re going to change the incentive.”

Not surprisingly, this makes it nearly impossible for renters to discern which apartments come with what incentives.

“It’s very difficult for them to figure out,” Ricciotti said.

Incentives have become increasingly common in the rental market since the real estate slump barreled into the city in late 2008. Intended to attract renters and keep vacancy rates down, they come in a wide variety of permutations: some landlords offer a month of free rent, while others pay the broker a fee so the tenant won’t have to (a practice known as an OP, for Owner Pay). Some offer both, Ricciotti said, while others let the broker or tenant pick between an OP and a free month of rent (the two are generally the same amount of money.)

The confusion is worsened by the fact that each landlord handles OPs differently. Some pay brokers months after the fact, but others prefer to fulfill their OP obligation by having the tenant write a check to the broker at the lease signing, then receive the first month free in exchange.

Tenants often balk at writing a check to the agent, thinking they’ve been hoodwinked into paying a brokers’ fee after all.

“They just say, ‘you told me no fee,'” Lewis said, noting that negotiations are more fraught than in the past because tenants are often short on money and intent on getting a good deal.

Of course, there are some instances of wrongdoing by brokers, who deliberately mislead tenants about incentives or falsely advertise an apartment as “no-fee” when in fact there is one. But more often, disagreements arise from miscommunication, brokers said.

“Ninety percent of the situations are just different interpretations of all the different concessions that are being offered,” Ricciotti said.

Morris believes she may have been deliberately misled, and feels the agent was not “up front and honest” with her about which incentives were being offered in the building.

“I have a problem with the fact that [she] didn’t give me full disclosure,” said Morris, adding that she considered filing a complaint against the agent, but felt it would be ineffective.

A broker’s honesty is not just a matter of politeness.

Real estate agents are required by law to be forthright, said Neil Garfinkel, a real estate attorney and residential counsel to the Real Estate Board of New York.

First, the state Department of State, the agency that issues and oversees real estate licenses, requires agents to let renters know “what type of agency relationship is established, and who they are acting for — landlord or tenant,” said Garfinkel, who was not familiar with Morris’ specific situation.

Even if a broker is representing the landlord, the law still requires them to treat the tenant “honestly, fairly and in good faith,” he said, noting that brokers can lose their license if they have found to have done otherwise.

To avoid any problems, Lewis said he instructs his agents to clearly explain any incentives — and how they are paid — right away.

“You can’t bring something up at the last minute,” he said. “You have to explain it up front.”

That can defuse potential problems before they start.

“It’s a matter of good communication between the broker and the tenant,” Bond’s Ricciotti said.