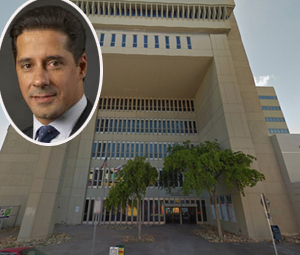 Superintendent Alberto Carvalho and Miami-Dade County Public Schools headquarters at 1450 NE 2nd AvenueMiami-Dade County public schools has more than 10 acres of coveted real estate near the Miami Herald site where Genting Group hopes to build a casino and resort. But according to the Miami Herald, just because a municipality owns the land, doesn’t mean developers should expect a bargain.

“Be ready to pay the fair market value,” Superintendent Alberto Carvalho said of the real estate, specifying that air rights would be included in the price.

The Herald said several groups are interested in the property, including the Genting Group, but Carvalho said the county is in no rush to sell.

“Do we need to have as much space as we have there? No, I don’t,” Carvalho said. “At the same time, we ought to be careful because this is an asset that once you discard of it, it’s gone forever.” [Miami Herald]