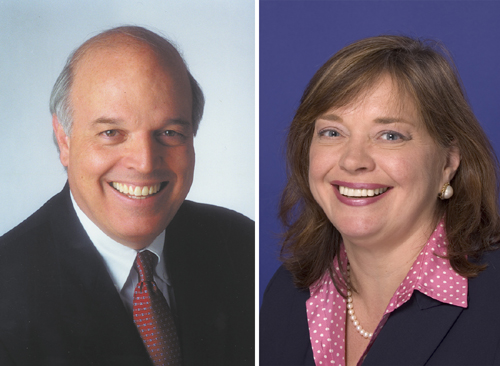 With dozens of high-rise condos in trouble and an urban core that isn’t too active after dark, some analysts expected Downtown Miami to look like a ghost town after sunset once the housing bubble burst.

About 80 buildings comprised of 23,000 units have come online since 2003, so those predictions seemed reasonable after the 2006 peak. But a new study from Goodkin Consulting/Focus Real Estate Advisors says otherwise.

The majority of the residential units completed in Downtown Miami since 2003 are occupied and the closing rate is accelerating despite obstacles to financing. There’s still a long way out of the bottom, but the process is moving.

“Our research indicates that 62 percent of units in new Downtown Miami buildings are occupied by a combination of owners and renters, defying the perception that the majority of high-rises built in recent years are empty,” said Lew Goodkin, founder of Goodkin Consulting.

Falling prices and a prime location mean Downtown Miami continues to generate demand from both buyers and renters in the marketplace, said Craig Werley, founder and president of Focus Real Estate Advisors.

“Considering the financial roadblocks that many homebuyers have faced over the past year, the sales activity that we’ve seen in recent months is encouraging,” Werley said.

Ron Shuffield, a residential broker and president of Esslinger-Wooten-Maxwell Coral Gables, said Publix’s recent opening of a third Downtown Miami store speaks to the population growth in the urban core.

“People didn’t realize the pent up demand for units in Downtown Miami,” Shuffield said. “A young community of professionals is creating a new vibe. The culture is in place. The transportation is in place. The retail and restaurants are in place. It’s an attractive area to live and people are buying.”

People are also renting. Peter Zalewski, principal of Condo Vultures Realty in Miami Beach, said nearly 60 percent of the unit sales are to investors, not residents.

“In South Beach you pay about $2 a square foot to rent an old apartment with a wall-unit air conditioner and street parking,” Zalewski said. “You’re getting a 15 percent discount to live in a brand new building with a gym, swimming pool and security in Downtown Miami. That’s driving rentals there.”

According to the study, occupancy will trend upward in the next few years as the existing inventory is absorbed and no new residential buildings are built. Meanwhile, new retail and restaurants are springing up in the Magic City. Alyce Robertson, executive director of the Miami Downtown Development Authority, is not surprised to see the metamorphosis.

“It’s good to dispel the rumors that we’re awash in empty condos and there’s nothing going on in Downtown Miami,” Robertson said. “Those moving here are full-time residents who are populating our city streets and fueling the local economy.”