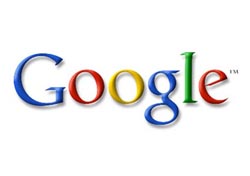 While Google does not intend to make its Place pages section a
national MLS, small brokerages are starting to notice the advantages of
advertising their listings in this section on Google. “Agents have
always been pretty engaged in buying keywords and targeted ads from
Google to drive traffic to their Web sites,” said Sam Sebastian,
Google’s director of local and business-to-business markets. Place pages were not originally created for real estate, but were designed so that local merchants could have a presence on Google. It eventually became apparent, however, that they could also be used for real estate, since they can pinpoint exact property locations worldwide. Rumors then
began to circulate that Google was partnering with real estate search
site Trulia.com, which were then rebuked. “It’s not some evil plan we have in Mountain View [Google’s
headquarters in California], with millions of folks talking about how
we want to take over the real estate markets,” Sebastian said [Inman]