U.S. foreclosure activity dropped to its lowest level in nearly two years in November, as the country’s biggest lenders put the breaks on their proceedings amid allegations that they’d been taking over properties without properly verifying the paperwork, according to a report from RealtyTrac released today.

The country’s 262,399 foreclosure filings represent a 21 percent month-over-month decline and a 14 percent year-over-year decline — the largest in almost six years by both measures.

Across South Florida’s three counties, there were a total of 10,203 foreclosure filings last month, down a dramatic 49 percent from the 19,961 filings recorded in October and 42 percent from the 17,726 filings in November 2009.

“The added element of the judicial states is, [in addition to] the lenders being more attentive to detail in processing, the judges who are reviewing these cases… all this has caused them to step up their review,” said Daren Blomquist, a RealtyTrac spokesperson. “That’s just slowing everything down.”

Bank of America, Fannie Mae and Freddie Mac have all recently announced plans to resume foreclosures, and Blomquist said he expects nationwide foreclosure activity to return to its typically higher levels sometime in the first quarter of 2011. 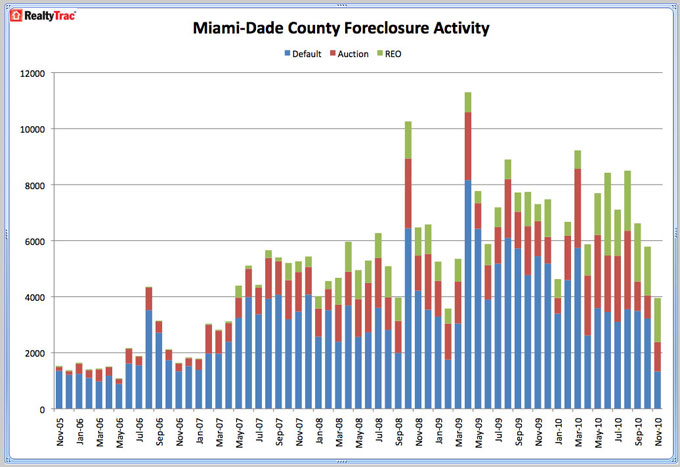 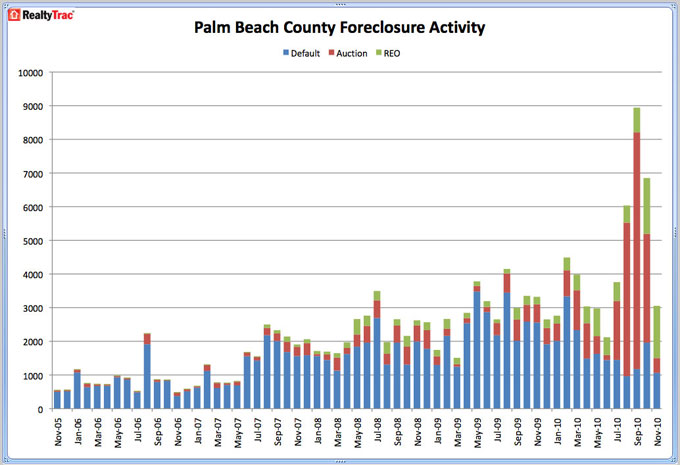 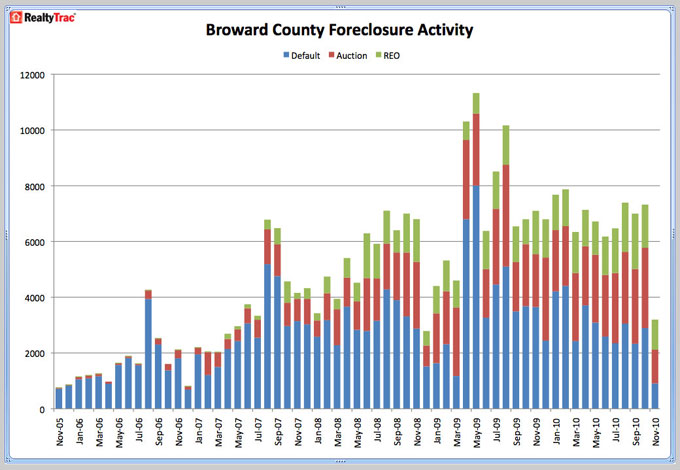