Miami to partake in energy efficiency program for commercial buildings 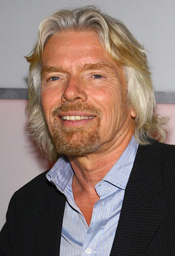 Richard BransonA business consortium that includes technology firm Lockheed Martin and Barclays bank will invest up to $650 million to make a series of buildings in Miami and Sacramento more energy efficient, the New York Times reported.

As of now the investment is focused on commercial properties, and the consortium will use a tax arrangement that allows for energy upgrades at no cost. The building owners would pay back the companies over a five-to-20 year period, but the bills would be worth less than the energy savings.

“We are so used to reaching our hand out and saying, ‘Washington, we need this,’ and ‘Tallahassee, give us that,'” said Edward MacDougall, the mayor of Cutler Bay, Fla., a Miami suburb that took the lead in setting up the deal in that region. “This is really a home-grown mechanism where we don’t need to do that.”

The consortium was put together by the Carbon War Room, a non-profit Washington-based environmental group set up by Virgin Group founder Richard Branson. [NYT]