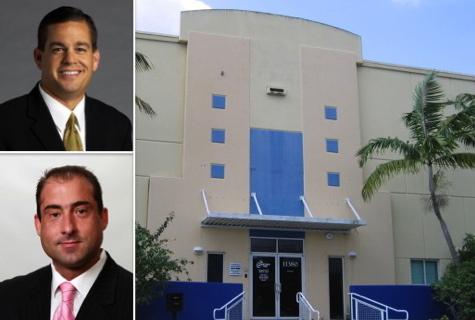 The total value of the lease at 11380 NW 34th Street in the Miami Airport West submarket is around $8 million, according to Frank Trelles of Westvest Associates, who represented Just in Time.

Prologis was represented in the deal by State Street President George Pino and Ed Lyden, a senior vice president, in the deal for the property. Pino opened his own firm, State Street Realty, earlier this year, bringing Lyden with him from Flagler Real Estate Services.

“It’s getting tougher to find good deals, and vacancies are dropping quickly, especially in the good Class A buildings,” Trelles said. “It’s weird what’s going on in the market, because lease rates have gone up almost 15 percent, but the economy hasn’t really improved.”

It was originally looking for an additional 20,000 square feet of temporary space to expand, but ultimately chose to consolidate in the bigger space at Prologis, Trelles said.

Airport West continues to be a strong player in Miami-Dade County’s industrial market, although the city of Medley has been gaining strength, Pino said.

“The market is continuing to strengthen, and the Miami Airport West market is outperforming the other submarkets right now in terms of leasing rates and activity — but I can also say that my biggest competition to land this deal was in Medley,” he said.

The sweet spot for the Airport West submarket is the 20,000- to 30,000-square-foot range, Trelles said, with little Class A space of that size left on the market.

“A lot of companies are not expanding but reducing [space], so this was a good one,” Trelles said.