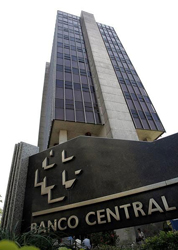 Central Bank of BrazilThe Brazilian government took measures to slow down the booming economy, and while that may keep the country on stable footing for years, the Miami Herald noted that it delivers a big blow to South Florida real estate.

Brazil’s gross domestic product grew 7.5 percent in 2010, but has slowed to about 3 percent this year, mostly due to a stagnant second half. In the last three months alone the Brazilian real has fallen 8.1 percent against the dollar. The slowdown is a direct result of tighter economic policies the government instituted earlier this year in response to an economy that was growing too fast, according to Brazilian economists.

Still, the sputtering economy, and especially the declining real, have impacted real estate purchases, the Herald said, which is a critical blow to the condo market largely dependent on Brazilian buyers. Moving forward, however, the forecast should improve, as the government has gradually returned to a looser economic policy and expects to return to solid GDP growth of 3.5 percent by the end of 2012. [Miami Herald]