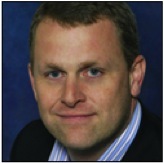 Jones Lang LaSalle has been leasing the project for about a year already, and the announcement of the official partnership kicks off a full-scale marketing push for the complex, which has leased around 40 percent of its 252,000-square-foot first phase.

“We’ve been involved with the project for nearly a year,” said Richard Schuchts, a senior vice president at Jones Lang LaSalle and member of the three-person team heading the leasing for the park. “There’s been a lot of activity for the park, with a lot of outside-market firms really looking at the life science and tech park and looking at Miami.”

Schuchts said the firm had deals in the works at all stages, with several would-be tenants in the process of doing test fits and designing their spaces, though no signings have been announced yet. There are currently deals in the proposal stage for another 20 to 30 percent of the space, he said.

Wexford secured its major tenant, the University of Miami, for a long-term, 80,000-square-foot lease in mid-June.

The UM Tissue Bank, which focuses on soft-tissue transplantation research, is also signed on for 50,000 square feet of that lease, with the other 30,000 going to research laboratory space.

The project, of which the first phase is estimated to cost $80 million, will be comprised of five buildings totaling 1.6 million square feet.

Wexford’s development is part of a burgeoning biotech center in South Florida, along with several new developments, like the Max Planck Institute and new sites by Scripps in Palm Beach County. Schuchts said Miami offers a degree of culture and density that a number of out-of-market firms, especially those moving from cities like Chicago and Boston, are looking for.

“It’s a testament to the major health district we have in Miami,” he said.