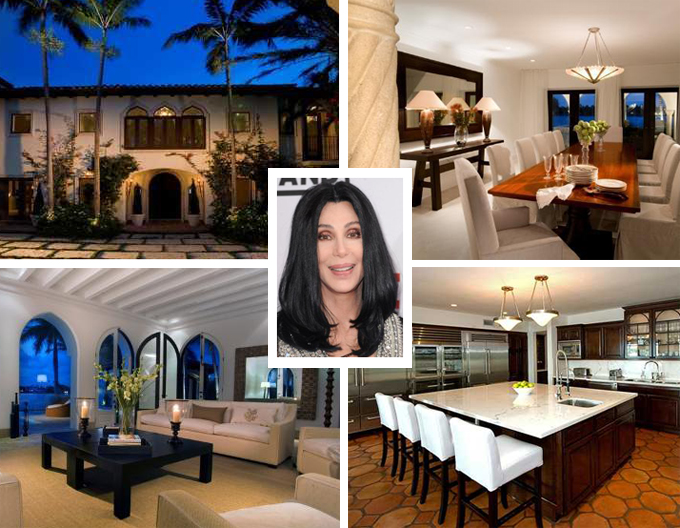 The owner of Cher’s former La Gorce Island estate has slashed his asking price by another 11 percent in an attempt to take advantage of a perceived burst in activity in the Miami Beach luxury market, even though it means he’ll probably lose money on the deal.

The 11,460-square-foot mansion, which Cher rebuilt and sold in the 1990s, is now up for grabs for $10.2 million. It last changed hands for $9.7 million in 2006, when former Calvin Klein CEO Barry Schwartz sold it to developer Todd Glaser and investor Armin Mattli, who gave the property around $1 million worth of upgrades before relisting it for $16.9 million in 2008.

It’s been on and off the market since then, with celebrities like Janet Jackson and Julio Iglesias each taking a turn as tenants, but was most recently listed for $11.5 million in July.

Mattli, who heads Swiss spa operator Clinique La Prairie, is now running the show at 64 La Gorce Circle, with Glaser already having cashed out on his stake in the corporation that owns the property, listing broker Nelson Gonzalez of Esslinger-Wooten-Maxwell told The Real Deal today.

The three-story main house sits on a nearly 30,000-square-foot lot, which includes a 60-foot pool and 158 feet of waterfrontage. It has six bedrooms, seven bathrooms and a “grand, two-story receiving hall embraced by double staircases,” according to the listing.

Gonzalez said he believes the latest price cut puts the estate at well below market value, pointing to a recent, $8.2 million listing on La Gorce Island for a roughly 5,000-square-foot home with fewer feet of waterfrontage.

“The market has been absolutely on fire in Miami Beach recently,” Gonzalez said. “There are a lot of transactions, but at lower prices. People just don’t want to miss the boat at the bottom so they’re sort of getting off the fence.”