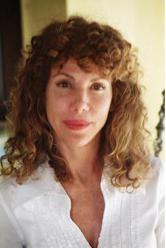 Jerri JenkinsRealtor Jeri Jenkins of Coldwell Banker has been involved in real estate since college, when she first broke into the high end of Miami Beach’s real estate market in 1971. Now, she’s among the top one tenth of one percent of the company’s residential sales associates in Florida, according to 2010 numbers from the firm, handling transactions with some of Miami’s wealthiest clients. The Real Deal talked to Jenkins about how she got her start in real estate, the state of Miami Beach’s luxury market and selling to rapper, singer, and record producer Kanye West.

How did you get started in real estate?

When I was in college, I started a company with my very best friend called “Home at Last.” That was a company that leased and subleased very large homes, like mansions on the ocean and on the bay. We had chefs and maids and limousines — and all of our [maids] were those that sang in the church choir at the Baptist church. All of our clients were rock stars — anyone you can think of from the late 1970s, early 1980s. And at that point, we decided we should get a license, since our clients were wealthy — and we thought, “who knows — maybe they want to buy something.” And we parlayed our way into real estate from there. My first sale, believe it or not, had nothing to do with “Home at Last.” It was to a Saudi sheikh. He was the first Saudi sheikh that ever came [to Miami Beach] and bought, and it was a sale on Indian Creek.

Who were some of your clients from that period?

Well, we had the biggest — Eric Clapton, the Bee Gees. Clapton made an album at [one of the company’s homes]. Jimmy Buffett — all the gold albums were recorded [at one of our houses] in Miami Beach. We actually had the Eagles write “Hotel California” in one of our homes. And yes, we sold real estate to some of these clients.

Do you still have clients from the music world?

Well, I do, but it’s different. Now, the stars are different. I still have heads of record companies I’ve done business with lately, and I sold two apartments to Kanye West not too long ago. But that’s really not the bulk of my business. I have all kinds of clients, and a lot of my clients now are CEO-types, business people.

How would you describe the high-end market in Miami Beach right now?

It’s good, in a word. It’s much better than it was, that’s for sure, but it’s all about price, like the rest of the market. We have a lot of foreign nationals buying, and that’s huge for our high-end market, both condos and houses. We’ve had a lot of Russians buying big properties. There have been six properties sell in the last five months over $10 million in Miami Beach. On Star Island, for example, nothing sold for a year. This year, in a two-month period, there were two empty lots that each sold for over $12 million, and a home that sold for over $25 million. So that was a great thing that happened. I’ve had buyers now that actually lost properties, something that hasn’t happened for a while, where someone beat them out of a deal. The condo market is very strong too — and there are people even wondering if we’ll have a new wave of construction, because the inventory is way down.

Where are the foreign buyers you’ve seen coming from?

There are lots of Brazilians and Canadians. Canadians seem to like it a little further north, that Hollywood area. But yes — also Italians, I’ve also seen some Swiss people lately, too. We see the Russians. But the Brazilians buy a lot of condos, more so than homes.

I’ve been very positive about what’s going on in the market. I think that things are going to stay that way; I don’t see prices skyrocketing up anytime soon, because that’s not what this is about. This [market] is more about buyers, and being able to sell properties that have to be at the right price. So I think that things will continue pretty much the way they’re going. I don’t think they’re going to go backwards.