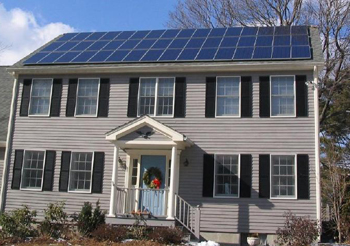 A house with a photovoltaic systemLater this month, Florida Power & Light is expected to make $15.5 million more available in rebates to subsidize solar power equipment for homes and businesses statewide, the Miami Herald reported. Combined with a 30 percent federal tax credit, the program could reduce the cost of installation by about 50 percent for Florida homeowners.

The details for this second program have yet to be released, but under the previous program, the FPL subsidized about $2 per watt of solar electricity. So, according to the Herald, a $5,000 photovoltaic system that cost $30,000, would qualify for a $10,000 subsidy, and a 30 percent federal rebate would bring the cost to about $15,000. The homeowner would save roughly $900 per year in electricity costs. [Miami Herald]