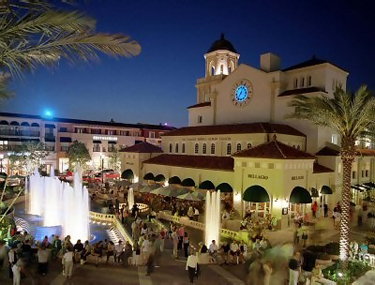 CityPlace
The foreclosure on CityPlace, the Related Companies’ mixed-use mall at 460 South Rosemary Avenue in West Palm Beach, has had broad implications, both on the development’s current tenants and South Florida retail real estate as a whole.

According to the Palm Beach Post, the lawsuit put a freeze on lease negotiations, so current tenants are operating under a shadow of doubt and current vacancies are not landing tenants because of the center’s foggy future.

Special servicer LNR Partners sued an affiliate of the Related Companies Sept. 1 as it stopped making payments on a $150 loan in April. The property’s current appraised value is $143 million — $90 million less than its peak appraised value — and its net operating income has fallen by more than 40 percent to $5.2 million, according to data from Trepp.

“It’s taking a major commercial property with a lot of tenants and casting a big shadow of doubt. Nobody knows what it means,” said David Manero, who was in negotiations to open a BurgerFi franchise in the center before the foreclosure suit was filed.

Traffic to the center is up 7 percent the past two years, but that doesn’t compensate for loan terms negotiated during the bubble years. Moreover, the struggles cast skepticism on future ambitious urban retail development, the Post said, as Related has shifted away from its initial goal of landing high-end tenants. While CityPlace initially opened to much fanfare and expected to attract visitors from all over Florida, malls have sprouted across the state in recent years, leaving CityPlace to rely solely on local shoppers. [Palm Beach Post]