Q & A with Elliman’s new face in Florida 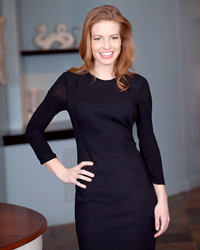 With a new website launched today, a new Facebook page with multiple listings service capabilities, key new hires and new offices, the Miami-based brokerage, which specializes in luxury properties throughout South Florida, is pulling out all the stops under the leadership of Vanessa Grout, who was appointed president and CEO in 2010 following three years as vice president of acquisitions for New Valley, the Florida real estate division of Vector.

In the short time since she took the reins, Grout has grown the Florida company’s revenue by more than 400 percent, she told The Real Deal, and has acquired three office locations in Miami including a new headquarters in the Herzog & de Meuron building at 1111 Lincoln Road.

At a time when other brokerages are hunkering down as fear of a double-dip recession looms, Elliman Florida is banking on a loyal base of New York clients, who are becoming increasingly interested in the Florida market, Grout said, and is going to great lengths to court international buyers, the lifeblood of South Florida’s housing market these days.

Grout sat down with The Real Deal to talk about the company’s recent technological initiatives and rapid expansion.

With the market just beginning to recover, is now a good time for your company to be expanding?

Everyone says it, but we really are seeing recovery now. Vacant apartments are being quickly absorbed.There are signs of life. We’re recruiting two to 10 agents per week. There’s so much confidence in our networks we decided that, given the market is moving in a healthier direction, it was time to expand…

We really hadn’t done much in the past with the Florida branch but this year we’ve tripled the number of agents [to 170] and opened three offices in Miami Beach and one on Brickell Avenue. We’re moving where there is demand.

Tell us about your new branding initiative.

Our rebranding is consistent with the New York company image but with the character of Florida. It’s a very modern, full-on campaign, giving the entire company a new image. It’s Elliman’s 100th year — so it’s a way to reinvigorate our position, with a new logo and tagline.

There’s a lot of interest in Florida from New York brokers right now. Jacky Teplitzky just came down there. How’s she getting on?

[Jacky] is setting up her team. When buyers come in from Chile for example, she’ll come down and meet with them.

Can you mention any notable new hires?

Danielle Lee who came to us from Prodigy, is helping with international marketing, South American investors particularly. We have a lock on the New York market, no one really has the connections like we do. [For New Yorkers] there’s an allure with Miami. It’s the quality of life — the opportunity to get a foothold in South Florida.

Prudential Douglas Elliman in New York just announced they are partnering with UK firm Knight Frank Residential in a bid to promote exclusive residential properties among the two companies’ international client pools. Are you involved with that?

I was in London with Dottie Herman [a few weeks ago]. We got to know [Knight Frank] a little more, sat through some presentations. The structure of how they do things is very different. It’s understanding how the referral system works. They’re very interested in Miami, Palm Beach [and] Fort Lauderdale. We’re definitely marketing them as our affiliate and they’re marketing us as theirs.