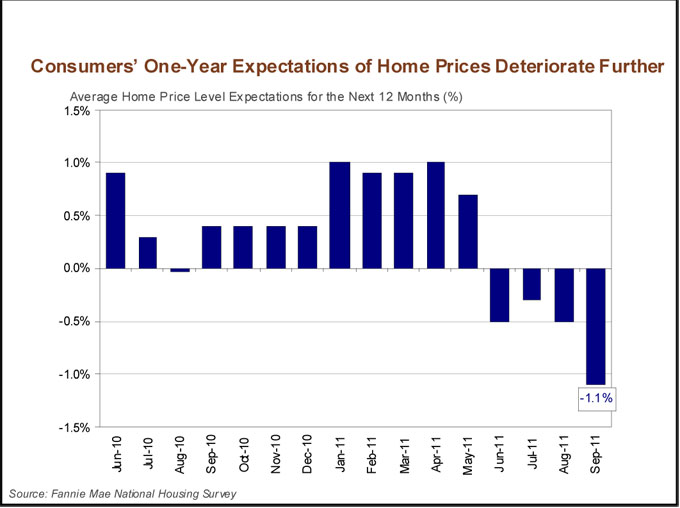 The economy has stalled in a slow growth scenario that is expected to continue for an extended period, causing sluggishness in the housing market nationwide, according to a report by mortgage giant Fannie Mae.

Economic growth is expected to be no greater than 2 percent through the end of 2012, the report shows, making a double-dip recession a possibility.

“In this type of environment, the housing market remains very sluggish and consumers’ willingness to dig into their savings to purchase big-ticket items is very low,” said Fannie Mae chief economist Doug Duncan. “There’s been a little seasonal cyclical pickup in housing activity recently as spring and summer sales are generally stronger than fall and winter, but leading indicators point to housing sales bouncing near the bottom at least through the end of 2012.”

According to a housing forecast produced by Fannie, third- and fourth-quarter home sales for 2011 are expected to stay relatively consistent, reaching 5.2 million and 5.15 million respectively, after sitting at 5.17 million in the second quarter. The median home price however, is slated to decline by 5.3 percent in the third quarter and by 4.1 percent in the second quarter.

“Home prices are a key factor for any positive movement in the housing market, and the large inventory of distressed homes working their way through the market is putting downward pressure on prices. Now that we are entering a traditionally weak seasonal sales period, we expect home prices to show renewed declines after firming for several months,” Duncan said.

Another recent housing report by the U.S. Commerce Department showed that nationwide housing starts dropped by 5 percent in August to 571,000 units from a month previous. The decline was primarily related to multi-family properties, the report notes, with single-family housing production declining by only 1.4 percent. — Katherine Clarke