Ft. Lauderdale developer gets $44M from Starwood in “landmark” case 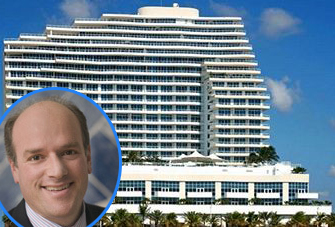 As the Sun-Sentinel reported, in 2000 developer Castillo Grand solicited Starwood to sign a 20-year management contract for his 166-room hotel, located at 1 North Fort Lauderdale Beach Boulevard, so he could raise prices. The hotel finally opened in May 2007, but Starwood and Castillo were already fighting. One year later, Starwood quit its management contract and accused Castillo of poor work on the building. Castillo was left to look for a new brand just as the real estate market was crashing. Ultimately he landed Ritz-Carlton, to more favorable deals for the hotel brand, to a 50-year contract.

According to Hotel News Now, the judge awarded Castillo the claim because a lack of input from Starwood delayed the original opening by two years. Moreover, the brand abandoned the contract it signed leaving Castillo to scramble for a new luxury brand.

David Neff, an attorney at Perkins Coie that worked with Ritz-Carlton believes the decision could be a landmark for cases down the road.

“Certainly the first takeaway is that if you’re going to construct a hotel affiliated with a brand, make sure they have clearly defined … specifications for the design and construction of a hotel,” he said. “And legally signed (documents) for how it will be designed and constructed.” [Hotel News Now] and [Sun-Sentinel]