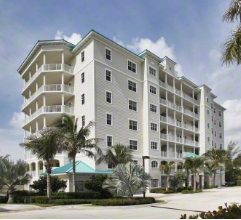 3000 Ocean DriveAn empty 12-unit condominium in Jupiter that was built in 2010 for $18 million, was sold for $9.75 million to a foreign buyer, GlobeSt.com reported.

Lender West Suburban Bank foreclosed on the property, at 3000 Ocean Drive, in April and tapped a CBRE Group team of Richard Traquino, senior vice president, Robert Given, vice chairman, and Calum Weaver, director of operations, to market the property.

“There are no other developable sites in Jupiter just off the beach,” Tarquinio told GlobeSt.com. “Since nine of the units were not completed and the new owner is not in a big hurry to sell to end users, he can actually wait until the market improves even more. There is already a higher demand in the Jupiter market than in other areas of Palm Beach.” [GlobeSt.com]